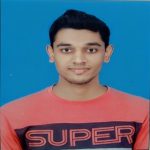 Project: API Automation through Postman
Documentation at a Collection and its request level in Postman.
Created and executed test cases under a test suite and have taken respective actions.
Have a proper understanding in dealing with Environment and global level variables for collection.
To prevent human error and for flawless testing, I have automated unit tests, functional tests, integration tests, regression tests, and mock tests, etc.
Worked on Streamline Development and QA with a CI/CD Pipeline. Jenkins is used to creating or adding the pipelines as a build step.
Monitoring test results in HTML and JUnit reports produced by Jenkins.
Triggering the test run through the command line, Debugging and Resolving the issue.

No category
hradmin
Comments are closed

View all posts by: hradmin